Dating on the Internet has shrugged off its long-term stigma largely due to its integration with social networking. 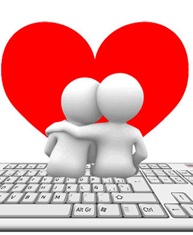 On Facebook, members have the option to include all kinds of information about their personal and professional status, post videos and photos, add friends or strangers, play online games and communicate with other Facebook users about anything and everything that might be happening around the world.

Because of the massive global reach within the Facebook database, dating online has progressed far and beyond the traditional online dating sites. Within the past five years, ever since Facebook became the undisputed king of social networking, some online dating sites have combined their matchmaking functionality with dating applications that Facebook members can easily download in order to gain access to a whole new range of dating options within the singles market.

Profile snapshot – It all start here!

If you’ve used an online dating site before, it’s not that uncommon to meet people who disguise their real identity by posting out-dated or even fake profile photos. Dating via a Facebook app makes it that much more difficult for those inclined to be mis-leading, why? simply because Facebook apps generally combine your Facebook details within your dating profile thus making it easy for other daters to verify your identity via your wall, existing pictures, or comments other people are making about you. It’s for these very reasons that online dating has lost its stigma, social networking is cool and trendy after all – everyone’s doing it!

To accompany your cheerful profile snapshot should be compelling and interesting profile information for people to read about so those browsing can personally connect with your photo and the information you volunteer about yourself. Do post regular updates, maybe once a day, but refrain from controversial issues such as politics and religion. Avoid ranting about your job, ex girlfriend or anything else that makes you sound like a drama queen.

There’s various dating apps that are configured with Twitter and Facebook as a means to take the online dating experience to a whole new level. There’s a cool dating app that’s getting plenty of attention called, iWould. iWould allows you to choose up to ten people within your friend’s list that you may consider as a romantic prospect. The ten people you have selected are then automatically cross referenced via their list of friends who have also downloaded the app using sophisticated matching algorithms thus notifying you of any potential love candidates.

Regardless of the fact that technology has entered the dating fray, two people interested in pursuing an offline connection still need to meet face-to-face, and all the technology in the world cannot produce the chemistry needed for a new companionship to unfold. What you can do though, is use technology for virtual dating and online chats to eliminate those you’re not initially attracted to without having to endure dozens of painful dates.

Before agreeing to any offline meet-ups, utilize the power of social networking to further establish the credentials and genuine nature of those you plan to meet up with in real life. 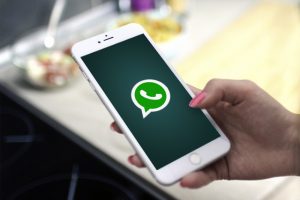 Taking Advantage of Viral Opportunities When Marketing Your Brand Online