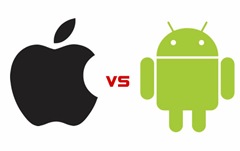 The iPhone 5 is expected to be released in September 2011 and is already creating quite a buzz. Its need is questionable, as the iphone 4 is performing well for consumers and also matching up nicely against its Android competitors.

The next generation of iPhone is expected to bring a thinner design, clearer display and an 8 megapixel camera, as well as ability to use the 4G network. However, when the iPhone 4 is held up against other similar devices, such as Samsung Droid Charge and HTC Thunderbolt, it performs well and even outshines both in terms of overall OS and app availability.

iPhone 4 has been on the smartphone market for a year. Its specs include the A4 chip, a 3.5 inch display at 960 x 640 resolution, a 7 megapixel camera that records video at 720p, talk time of 14 hours on 2G and 7 hours on the 3G network. Available in white as well as black, it offers 32G and 64G capacities and can also be purchased unlocked.

The Samsung Droid Charge and HTC Thunderbolt operate on the 4G network. The Samsung device sports Android 2.2, with an 800 x 480 display, 2 gigabytes of native memory, enhanced by 512 megabytes RAM. There are also dual cameras; 1.3 megapixel for the front and 8 megapixel for the back. 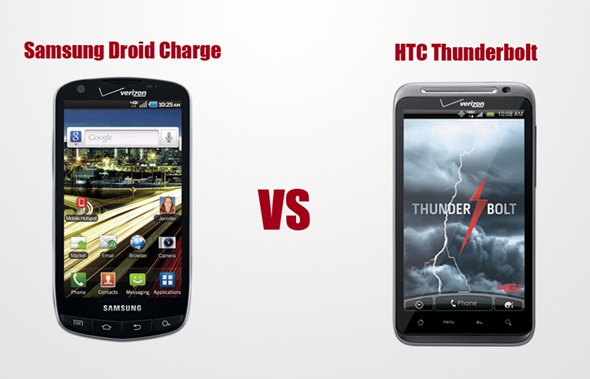 The HTC Thunderbolt also runs Android 2.2, with an update to either Gingerbread or Android 2.3 by the end of June 2011. Similar to the Samsung, the device offers 800 x 480 resolution screen but upstages it with a 1 gigahertz processor, 8 gigabytes of internal memory and a whopping 768 megabytes of RAM. The Thunderbolt has only one rear camera that takes video at 720p.

Verizon recently polled some its stores to gauge how the iPhone 4 was performing, five months after its release on the network. Over half stated the iPhone 4 was the top selling device and another 40% reported it was even with the HTC and Samsung phones.

In a similar survey by AT&T, around 65% of stores reported iPhone 4 as the biggest seller and about a third said the Android phones were more popular.

Even though the iPhone 5 will arrive soon with a big splash and lots of enhancements, it is clear the current version’s offerings are enough for most consumers. Only time will tell how well the iphone 5 will impress.