Home » News » The Impending and Rumored Updates to Google Penguin

Since its first heavily impactful update several months ago, Google has been frequently tweaking Penguin with additional smaller and less noticeable changes, amounting to a total of several hundred smaller or larger algorithm changes. The company also threw in another major change in May this year, which it dubbed Penguin 1.1, but since then, things have mostly been quiet.  However, lately, all sorts of rumors have sprung up in the SEO community that suggest yet another big update that’s once again going to hit page optimization practitioners in the coming days.

Before going over these rumors and what they do or don’t mean, let’s give a quick overview of what Penguin has meant up to now. 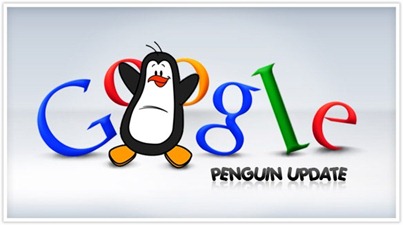 Overview of Penguin’s Changes and Effects

Basically, Penguin waged a two pronged assault on the SEO industry with one major jab at everything having to do with black hat efforts to build quick and inauthentic backlinks to websites and another jab at content that wasn’t authentic, meaty and natural.

Within the context of content SEO, Penguin de-ranked a certain percentage of sites whose content had either been duplicated from other sites’ content and thinly disguised or content that had been stuffed with keywords and phrases to the point where it was saturated. The reasoning for this being that website content should be there to attract and inform human readers, not to seek out the attention of search spiders, which is what keyword stuffing is designed to do.

The deeply black hat practice of content cloaking was also targeted by Penguin; cloaking being the tactic of creating content which human readers see but hiding a completely different set of words (mostly keywords and phrases) behind it that is only designed to get attention from search engine indexing spiders.

Optimization tactics that built links to a given website by spreading them across the internet through comment spam, backlinks from content farms and backlinks from other low quality, content poor and niche non-specific sites were also punished. The logic of Google being that if a site is going to be ranked well because of how many other sites link back to it, than those backlinks had better be coming from other reputable pages and because of genuine relevance.

Since late June and into both July and August of 2012, numerous rumors have sprouted all over the internet in blogs, sites and search engine forums about an upcoming refresh of Penguin or possibly even a new major update. Some bloggers, contacting Google on the matter, have received no responses to verify or deny the possibility; a detail that they claim to be odd since Google supposedly sticks to either a “Yes” or “No” answer when questioned about something like this.

Even Google search quality team staff member Matt Cutts, whose opinion of all things Google is well respected, has been quoted hinting at updates and new major changes to the Penguin update, claiming that a new Penguin update will be “jarring and jolting…and you don’t want the next Penguin update.” at an August SEO conference in San Francisco.

Most of the update rumors have been stemming from major ranking decreases noted by site owners and bloggers in the UK, some of them claiming to have seen sudden, single day drops in ranking for their major search keywords and those of their clients (in the case of SEO services companies). These sorts of activities have been noted throughout late July and into August.

Another part of the reasoning behind the rumors lies in the fact that Google last gave a major update to Penguin on May 25th and followed this with a major update to its other big algorithm change called Panda on June 24th; the logic stating that a third Penguin update has to be coming soon as a followup to the sequence.

However, it does bear noting that the UK ranking drops experienced by some bloggers could also easily be the work of previous Penguin or even Panda updates finally catching up to the sites in question; or they could be the result of something else entirely. If numerous incidents of ranking drops and words quoted or hinted at from Google staff throughout the last couple of months had meant an imminent algorithm update to Penguin, than you’d think it would have noticeably happened everywhere by now and that hasn’t really been the case yet. So far almost any random de-rankings that have been occurring can still be ascribed to previous changes in both Penguin and Panda or to other reasons in the world of search engine optimization.

Once again, going back to Matt Cutts:

“..we’re still in the early stages of Penguin where the engineers are incorporating new signals and iterating to improve the algorithm. Because of that, expect that the next few Penguin updates will take longer, incorporate additional signals, and as a result will have more noticeable impact. It’s not the case that people should just expect data refreshes for Penguin quite yet.”

In other words: he seems to be clearly stating that while we can all expect some major changes to Penguin in the months to come, we’re also not talking about anything sudden being dumped on the SEO world quite yet; it will be more of an evolutionary process that changes search and search optimization in fits and bursts. This actually fits quite well with what’s been seen so far: sporadic ranking impacts on scattered websites in scattered markets.

Some Rumor Based SEO Advice

For the time being, as of September, Google has made no official announcements of any major and sudden changes to Penguin. Speculation is all that is so far being seen in the SEO community and that’s been the case since July. There seems to be lots of talk about an “imminent” algorithm change but all of it based on only anecdotal and circumstantial evidence.

As general advice to website owners, bloggers and SEO providers everywhere, we’d recommend sticking to what you do know about good white hat SEO, keeping in mind the Algorithm changes that have actually happened so far and staying away from black hat tactics as a general policy. With these practical steps taken, you probably won’t even have to worry about anything that does actually happen with Penguin down the road, particularly if your SEO link building and content optimization tactics are kept strictly clean and organic.