Home » Technology » Security » Google is Not Your Savior – – Shocked? ‘Get Over It’

Privacy on the internet has become as rare as oxygen in space. But there is no oxygen in space, you say. No, there isn’t. And the notion that there is privacy on the internet is a myth. As a citizen of the current day and age, you must come across loads of technology in your everyday life, whether it be your text message service, your TiVo, or the funky alarm app on your iPhone. And whether you know it or not, whether you care or not, pretty much everything you do is monitored and tracked. 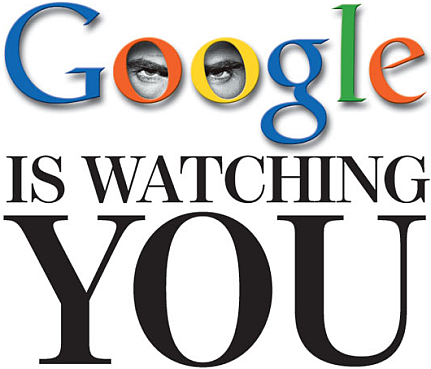 Still finding it hard to believe? Here are some doses of reality to get you acquainted with the fact that Google is not your online savior, rather the equivalent of your feudal warlord.

In a recent case involving Google being fined by the Courts, it was found that Google had actually hacked the Safari browser settings for iPhone and iPad and was installing cookies on them. Then Google covered the hack by claiming the original settings were intact. And all to get in on iPhone user data (more efficiently than iPhone spy app does) and advertise Google+ some more. And later, when the charge was found to be true and Google could no longer deny it, they downplayed the privacy trespassing as nothing all that harmful.

As of March this year Google openly stated that it is introducing a new project which collects user data from 60 of its services- – a whopping number. There is really no way you can escape all sixty of those services. And this is all because of those annoying cookies Google leaves all over your browser to track what you’re up to. And more terrifyingly, it tracks you from every medium every device. Whether it be you using YouTube from a device, make a call or download something using an Android, or even use an obscure phone with AT&T or Verizon as your carrier, Google knows what you’re up to. The sheer relentlessness of the surveillance is enough to unnerve anyone.

3. Google doesn’t have any real security

Ok, so if you have a soft spot for Google even after this, then you should realize that Google doesn’t secure you from hackers (other than itself) either. Google offers  two step Gmail verfication which can be of little help. Everyone knows that hackers have that (and the even lamer security question feature) on their fingertips and can access your email account within the blink of an eye. It’s shameful that with all the resources and online suave that Google has, it can’t come up with decent ways to protect your information from fellow users, forget malware professionals and cell phone monitoring apps. It’s hard to believe they don’t possess the technology (they can overcome browser security with the snap of a finger) to help us on that front. Bottom-line is security is your concern, not theirs.

Initially, when the web tracking and cell phone monitoring practices became public, it was always thought that this was being done by shadow companies and big businessman sitting in foreign lands with uncomprehendable agendas. The enemy was so far no one really thought twice about it. But the truth is, one of the biggest trackers of everything you do online is Google. The internet giant we have all come to rely on for years has joined the dark side. Or perhaps was always on it, we were just too excited about a colossal search engine to notice. And now the truth is iPhone spy app is more the foreign myth and Google the monstrous reality.

To sum up, Google is no longer the promise of a bright online universe. Instead it’s the overlord no one can really challenge. Yet. Come to terms with the fact that as you marvel over new Google services, your privacy slips away. Only then will any action prove fruitful.

Technology has been Jane’s passion since she took up writing professionally. Her interest revolves around issues related to cell phones and computer security, latest information, launches and trends in tech market. The most exciting work is the infographics. Jane enjoys being creative with them and the way they can give lot of information in a concise manner. For more information you can fellow me @janeandrew01