Home » HOW TO » How To Connect Two Computers Using USB

Nowadays, there is a generation of using more than one computer under one roof or using of a personal computer and a laptop. Therefore, there occurs the situation in which you have to transfer some files from one computer to another based on the necessity. Generally the transfer and sharing of files can be done by using gadgets such as pen drives or external hard disks. But now you can have direct access to the other computer by just connecting your laptop or another computer with the help of USB to USB cable.

The USB is the acronym of Universal Serial Bus. The USB cable or any USB device is nowadays a very useful and important device to connect any two gadgets or machines so that they can work for sharing, transferring, inputs, outputs and many more processes. USB Cables are used to connect devices such as keyboards, digital cameras, printers, music players and several other devices. In fact, you can also connect your mobile phones to the computer or your laptop for sharing different media files such as music file, video clips etc. By connecting your mobile phone to the computer, you can also gain access to the internet and this process is known as Tethering. 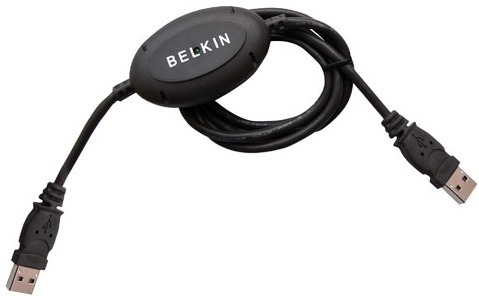 The cable is named as USB –USB bridged cable or USB networking cable. The bridged part of the cable has a small circuit inside on which the hardware is installed using embedded system which results in allowing the two computers to talk to each other. The cables which don’t have a bridged circuit between them are known as A/A USB cables which only have two USB connectors. They don’t have the ability to connect to each other. In fact, they can result in the burning of your computer’s USB port or can reduce the power supplies of them.

The process of connecting the two computers via USB cable is not a tough job to do. If you want to do this, then you easily achieve your motive. For connecting two computers, firstly you should have a USB to USB bridged cable. Now make your computer to turn on and login to the operating system by using an “Administrative account”.

Afterwards, take your USB cable and insert one end of the USB bridged cable to the USB port of the First computer and then insert the second end to the USB port of the second computer. Now you are needed to install the software which is needed for the functioning of the USB cables to connect your systems. If in the case the availability of the software is not there on the computer, you can download the software for the USB bridged cables from the website of the manufacturing company of that cable.

The software which is available for the working of the USB bridged cables are classified into two parts. One is the Link Adapter and the other is the Networking Adapter.

You have to select any of these two modes to download the software. If you want that your computers which are to be connected only have the ability to transfer files from one to the other, then you can opt for the link adapter

If you want the full accessibility from one computer to the other you can select to download the network adapter as software for the process. Now install the driver software, only in the case when your computer asks you to do so.

After completing the software installation on both the computers for the bridged cables your computers will now be able to talk to each other.