The slow buildup of buzz surrounding the release of Google+ has been interesting to witness. Whether it’ll prove a raging success or a dismal failure is anybody’s guess at this early stage. Google has been nearly as famous for its flops—Google Wave anyone?—as it has for some spectacular successes. But one of the interesting things to examine is that while their products are generally really cool and usually work quite well (Wave/Buzz) they just haven’t been able to generate demand. And I’m not sure that’s all Google’s fault.

Outside of the tech community, a lot of people just don’t seem to get how good and user-friendly Google’s products are. But getting people on the Google bandwagon may be possible with the release of Goggle+. The Google+ noodling that I’ve done so far reveals what could be a huge possibility for potential competition with Facebook, LinkedIn and Twitter. But will Google+ be compelling enough to pull people away from these other social networks?

I think it does. Here’s why. Until now, consumers of social media have had to fragment their social networks. I have a Facebook profile, a LinkedIn profile and follow a lot of people on Twitter. All of these social media networks serve different purposes. Google+ has the potential—if people are smart enough to figure it out—to combine elements of Facebook, LinkedIn and Twitter into one efficient streamlined platform.

Facebook is where I do all my social networking with friends, family and old college acquaintances. Facebook is my fun, casual shorts and sandals kind of social network. Nothing heavy. Nothing too serious. Humor and whimsy abound on my Facebook profile.

LinkedIn functions as my serious suit and tie stiff upper lip social network. No humor. No light jesting is happening here. My LinkedIn profile is all about serious business and professional networking. And Twitter is all about following celebrities, politicians and heavy hitters in industry and thought leadership.

Google+ has the ability to combine all of these social media functions through an ingenious series of circles. One of the circles is for people you are following, and I can see that eventually performing in a Twitter-type role. Friends, family, acquaintances, and work/networking each have their own circle. All of the groups for which you once needed separate social networks are now able to be contained in one social platform.

And the cherry on top? Nobody knows into which circle you’ve placed them. They don’t know if you’ve placed them in the friends circle or banished them to the acquaintance circle. Your mother is no longer privy to all your witty off-color banter with your inner circle of Facebooky friends. Your former university professor-turned mentors and professional contacts aren’t either.

The possibilities are huge. The way people can be separated according to the roles they play in your life could allow Google+ to function as a social network, a professional network and a Twitter feed all in one. Imagine a scenario where a college student is pursuing an online education from home using Google+ to communicate with professors in a specially designated professor circle. Job-hunting, professional networking and career related activities can all be executed from the work/networking circle. Whether Google+ is a raging success or a dismal failure depends largely on whether people can visualize its potential. 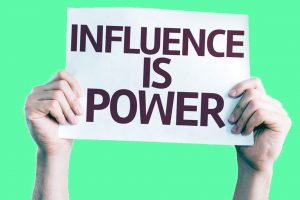 5 Rules to Watch out for in Influencer Marketing 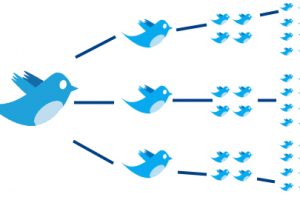 3 Reasons to Favorite, Retweet and Like Social Media Posts 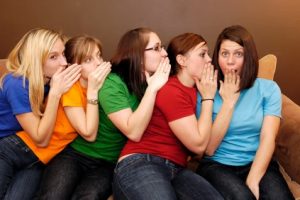 Online Reputation Management – Is There A Downside?

How Social Media Affects your SEO
Can Google+ Catch the Facebook/Skype Team?
Comment