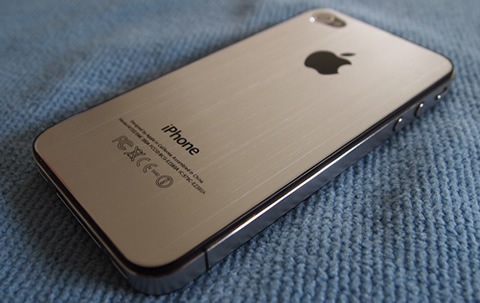 With the iPhone 5 release date right around the corner, there is much speculation of what will be offered with this new Apple product. On top of that with the recent retiring of Steve Jobs from his position as CEO, gossip and rumors are spreading like wildfire. Will the design be different? What kind of service can you expect? What new features will the iPhone bring? This is just a few of the rumors that have been going around concerning iPhone 5. Lets take a look at the top ten rumors for the iPhone 5.

This rumor seems to continuously come up with every latest version of the iPhone. Truth be told, unless you are signing a two year contract, buying a brand new iPhone can be a little bit too pricey. Some smart phone analysts believe that is is essential to fully compete with android phones by offering a smaller, less expensive version. However, the iPhone is still remarkably successful by itself, and a smaller nano version doesn’t seem likely with the new release.

This rumor is not very unlikely at all. In fact you have to assume that apple will not make the same mistake twice with a faulty antenna. The iPhone 4 had some problems losing service if you were to grab the antenna in the wrong spot. Either the latest version will have an internal antenna, or just one that is not as sensitive to touch.

Near field communication or “NFC” allows you to pay for items acting like a credit card or pulse pay, for on the go purchases. Some people think that apple will incorporate a chip that allows your to pay with your credit card, or that the chip will tie into your apple account. This way any purchase made will be immediately charged with your apple account. This may be very difficult to integrate, and doesn’t see very likely at this point in Apple’s products.

The latest version of iPhone lets users handle the sleek design easily and with the comfort because of the glass covering. However, rumors are leaning towards the iPhone reverting back to the original, stylish metal, for more durability and of course a great look. This rumor is pretty likely to come true, because of cracks and beat up iPhones.

Moving from the iPhone 3 to 4, we saw pretty significant changes in the design. This is likely to happen again. Apple usually makes a point to change the dynamics of their products for the better, and often a new look is key with this strategy. If a completely different shape for the iPhone 5 comes out do not be surprised.

Most have us have run into some trouble trying to take video of images with limited light. An LED flash would take care of that problem. This would be a very nice upgrade for the phone, and I think it would be very smart to implement. However we all know Apple’s relationship with flash, pun intended. We can only keep our fingers crossed for this one.

HD video is something iPhone users are yearning for. Apple usually capitalizes on customer wants, and this would be a good spot to do so. Many android phones are shooting in 1080p HD, so it is almost essential that the iPhone 5 follows suite.

An edge to edge screen would be nice for the next iPhone. However this may not be that case. Another option that Apple might be going with is reducing the outside frame to make the screen appear larger. You often see this on TV’s and the iPhone 4 did this to a certain extent. It may be more likely to see a smaller frame than a larger screen.

Sprint and T-mobile might be finally catching a little bit of luck if they are granted access to the iPhone world. This seems reasonably likely and will only make for more sales to numerous of other customers locked into contracts with these service providers. Of course Apple doesn’t want subpar service for their users, so it will be interesting seeing how this one will play out.

Some agree that we may have to wait until October to until with iPhone 5 is released. Hopefully this is not the case, but with all of the things happening at Apple right now, this could be very possible. If you have a contract ending , or an upgrade in October this might even be some good news. It will surely make for some good Halloween pictures.

There you have it. The top ten rumors for the iPhone 5. While some seem more likely than others, only time will tell. We will just have to wait and  see which ones come true. Until then we just have our rumors.

What to Expect From The iPhone 5

Do Consumers Really Need the iPhone 5?

The Modern Day Gadgets by Apple, Leading the Communication World