Home » Mobile » Samsung Galaxy Note 3: All that we know 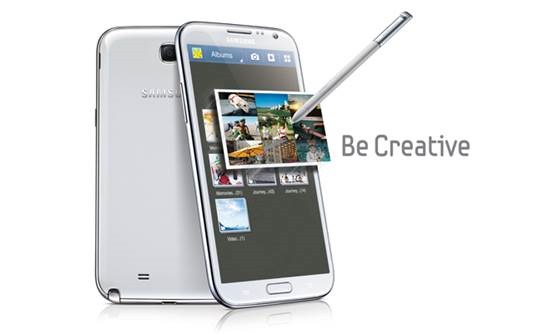 After the launch of Samsung Galaxy 4 from the Korean firm, and an identical knock of the success of the high-end Smartphone, S4 is predictably noticeable. With hopes to continue this series of amazing unbeaten Smart phones from the house of Samsung, the Korean company is expecting a reboot with its upcoming gadget, Samsung Galaxy note 3.

If sources are to be believed, then Samsung would again be coming with a super-sized handset which would be even more astonishing, proposing the fact that the device’s size is going to be even bigger, even than its predecessor, Note 2 which had already heaved the eyebrows because of its super-sized display.

Executive of Samsung, J.K Shin has already gave the official signal of the launch of Samsung Galaxy note 3, disclosing that it would possess a non-flexible 5.9-inch OLED display.

We’ve been collecting Note 3 news since a while and you shall find what all we know, below.

There has been no official signal from the company about the exact time of arrival for Note 3 but all we can predict is that the device should come up, “Later this Year”.

But we have a tentative that Note 3 would come up with it launch at September, two days before IFA in Berlin opens, which makes a sense of potential launch date.

As we already shared above about what Samsung Executive revealed along with official signal of launch of Note 3 i.e. disclosing that it would possess a non-flexible 5.9-inch OLED display which would be a non bendy full 1080 pixel screen.

Being one of the noticeable features in the Galaxy Series, Note 3 is most likely or guaranteed to ship with S-Pen. We can do expect some innovativeness from the Korean firm; as what the Sony did in the Xperia Ultra Z and included a feature that would allow users to use such screen technology that enables users to use any dry ink pen or general pencil without even denting the display and this, a similar initiative can be expected from Samsung too.

Since Note 3 is demanded as an ultra power device, it is likely to possess a 3GB of RAM which would again help users to perform smooth multi-tasking and the news about the Note 3 memory i.e. 3GB is confirmed and which thus makes it a very powerful gadget.

If it comes to the Megapixel count, there’ve been further leaks revealing about the 13MP rear camera.

If sources are to be believed, online claims show that Note 3 would possess a metallic body which would actually evolve designing language of the Galaxy Series.

With Note 3 to be released later this year, many hopes would be expecting it to run on the latest build of Google’s Android operating system, version 5.0 i.e. Android Key Lime Pie. Since Google has still been silent over the release of Android 5.0, then Note 3 enthusiasts can instead expect that it would release on Android 4.2.2 or possibly an alleged Android 4.3 Update.

We can expect a hefty price tag and thus, Note 3 will probably setback at a price of at least £550, with regional variations might include.