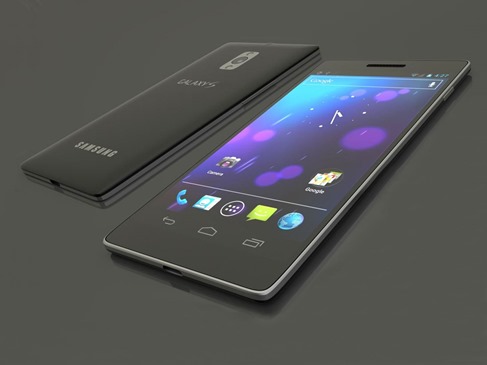 As the device has not yet shown up there are several rumors that device might sport a flexible AMOLED display which was showed up at CES 2013, but yes there was no announcement of the Samsung Galaxy S IV. But now, it’s confirmed that the device would show up on the next upcoming Mobile World Congress 2013.

As Nokia has released its Pureview technology in terms of Photography from mobile which has a magical effect to click bright pictures in dark condition Samsung is also looking forward to create a big enhancement in its quality.

As we can see that many devices have Quad core processors with HD display like the HTC butterfly and Sony Xperia Z but this device is thought to have 6 core processor which would boost the performance of the heavy applications.

What we got information till now is that Samsung Galaxy S IV would sport a 13MP camera on the back with 2MP front facing camera with latest Android 4.2.1 running out of the box. The display would be full HD for sure with 2GB of RAM or a little more.

However the Korean Giant, Samsung has still to decide how the device should look like whether it would be flexible or the Super AMOLED plus display. It has been made sure that it would be protected with the latest Corning Gorilla Glass 3. This has proved itself to be the most prominent defeater of the iPhone 5 till now, however iPhone 5S or iPhone 6 might come with some strong technique.

So let’s check out the table showing the specification of the device.

This device for sure is expected at a price of 600 Euro or Rs.50,000 or $1000. This sequel is likely to attract potential customers and technology fans and the device is highly anticipated in the markets.

So friends, what’s your view about Samsung Galaxy S4?

Cindy is a professional writer and SEO consultant. She writes about a wide variety of topics, including technology, travel, SEO, social media, education and personal finance.