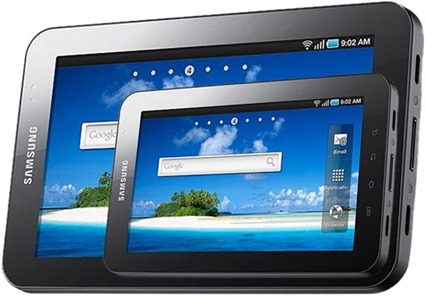 For Christmas shoppers on the lookout for a tablet PC this year, the good news is they will be 100% spoilt for choice.

And the bad news? Same again – they will be 100% spoilt for choice to a quite bewildering extent.

Of course, choice is never a bad thing and it’s nice to see that Apple’s monopoly over the entirely tablet PC market has at last crumbled a little, but on the other hand it is starting to become a “Where the hell do I start?” situation, much like that of the smartphone market. It wouldn’t be quite so bad/good (delete as appropriate) if it wasn’t for the fact that there aren’t just dozens of rivals now on the shelves, but dozens of completely worthy and in some cases massively impressive rivals the likes of which give the iPad more than a run for its money.

So, what’s the best course of action for those looking to make their first ever tablet PC purchase at a time when there has literally never been such a ludicrous numbers of options?

The good news is that you can at least narrow it down if you actually know what kind of experience you’re after, or if nothing else the price you’re willing to pay – mull over the following:

Is 7-inches the new 10-inches in the Tablet PC world? Sort of, as there have been more mini-tabs hitting the market this year than you could shake the proverbial stick at – there are hundreds of them. However, a little time combined with the voice of the people and one or two teardown reviews has led to a couple of conclusions that most had already predicted – those being that the Amazon Kindle Fire and Google Nexus 7 both share the crown in this department.

You’d think that that the iPad Mini would be a shoe-in to take the title and dance circles around these two – much as it would have if it hadn’t hit the market for a good $130 more. It isn’t that the iPad Mini is expensive – far from it in fact – but when it comes to the important “bang to buck” ratio there is simply no denying that a $199 Nexus 7 or $170 Amazon Kindle Fire steals the show in a big way. And if you’re still wondering about value for money, bear in mind that Apple pockets well over $100 for every iPad Mini it sells, whereas the other two barely break even.

The Google Nexus 7 is currently THE 7-inch Tablet PC – look no further.

If looking to invest in a full-sized, full-fat Tablet PC this Christmas there are also hundreds to choose from, but right at the top of the market the very best without any shadow of doubt are Apple’s iPad, the Google Nexus 10 and the all-new Microsoft Surface Tablet. So that’s narrowed it down to three, but which is the best buy?

Well, the iPad really doesn’t need much of an explanation because it has been doing the rounds in one form or another for nearly three years now – we all know how good they are. The latest version takes the old recipe and spices it up once again, resulting in the most superb iPad experience to date and so on and so forth. However, for the first time in history it isn’t alone in its quest for glory.

Just released a week or so ago, the Google Nexus 7 takes Android Tablet PC efforts to the next level with a massively powerful, Jelly-Bean-Running 10-inch leviathan with the iPad in its crosshairs. Not only is it fractionally lighter and thinner than the iPad, but it also has a higher-resolution display, longer battery life and a $100 lower price-tag. Or to put it another way, game, set and match to Google.

With regard to the Microsoft Surface Tablet, the best way to think of it would be as something of a low-calorie, rather restricted Windows 8 laptop in Tablet PC form. It does have the cool cover/keyboard thingy, but on the other hand a vastly more limited app library and isn’t nearly as powerful as a far cheaper PC or laptop – thus takes number three in the recommendation rankings.

So, where does all this leave us? Bag a bargain with a $170 Kindle Fire? Sell Wii games on eBay in sufficient numbers to buy an $800+ iPad 4? Give Microsoft a go just to stick it to Apple?

Pick any of the options above and you’ll come home with a toy to die for, but when it comes to genuine quality, functionality and value for money, Google takes both prizes with the Nexus 7 and Nexus 10.

How To Save a Wet Phone
iPad mini Review
Comment