Samsung is continuously contributing powerful smartphones. As expected, Samsung has announced another mid-range smartphone – Galaxy S3 mini which we believe is a compact version of Galaxy S3. The S3 mini physically looks similar to Galaxy s3 mini and features a 4.0-inch screen. Through Samsung galaxy S3, Samsung will try to offer a compact smartphone with a high performance to its customers. In our point of view, Samsung s3 mini is an ideal choice for customers who want a powerful smartphone with a slightly compact design and smaller display.It will, indeed make the phone accessible to mid-tier market and consumers. Over the due course of this article, we’ll elaborate only the specifications of newly announced Galaxy S3 Mini. 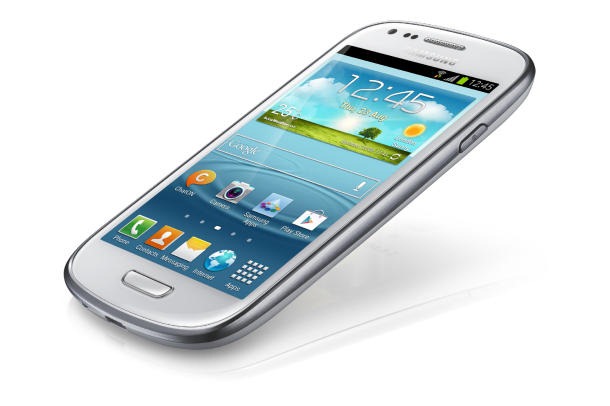 The Samsung Galaxy SIII Mini will come with latest Android 4.1 Jelly bean updated with latest Samsung Touch Wiz user Interface. It has a 4-inch Super Amoled display with a resolution of 800*600. The display is slightly curved which overall looks really great. Unlike Samsung galaxy S3, Samsung Galaxy SIII Mini doesn’t support a quad core processor but it is powered by a powerful Dual-Core 1 GHz ST Ericsson processor which is paired with a 1 GB of RAM for much efficient performance.

Now let’s talk about its storage capabilities. The Samsung Galaxy SIII Mini has got whooping 16 GB of inbuilt storage and apart from that, it supports an external Micro SD card slot too which can hold up to 32 GB of data.

Unlike Samsung galaxy S3, Samsung Galaxy SIII Mini doesn’t have an 8MP camera but it has a 5MP auto focus camera with a powerful Led Flash which will surely not disappoint the photography front. Also the front-facing camera is reduced to VGA camera instead of 1.9MP camera in Galaxy S3. Overall, a mid-range customer will be completely satisfied with this configuration.

Even though the Samsung Galaxy SIII Mini doesn’t support LTE, but it has an excellent 3G reception technology. Apart from that it is featured by Bluetooth 4.0 and also has a NFC support. Absence of 4G support may be a serious disadvantage for those where 4G service is expanding swiftly.

The Samsung doesn’t say a single word about the price of Samsung Galaxy SIII Mini but experts believed it will be priced in-between $400 to $450. As per now, there’s not any such official report that would confirm the actual price of the Galaxy S3.

How To Get Root Rights On Android 4.1.2 (Jelly Bean)
On Track with iPhone 5 and iOS 6
Comment