Home » Mobile » 5 Reasons Why You Need an Android Tablet

The growing market for tablet computers is a confluence of two events. The first is portability. The more dependent we are on technology for information, directions, socializing, entertainment and advice, the more essential it becomes outside of the home. The second is the advance in the technology itself. The better and more compact the processing power, the more capable tablets become at delivering the multimedia experience we require. 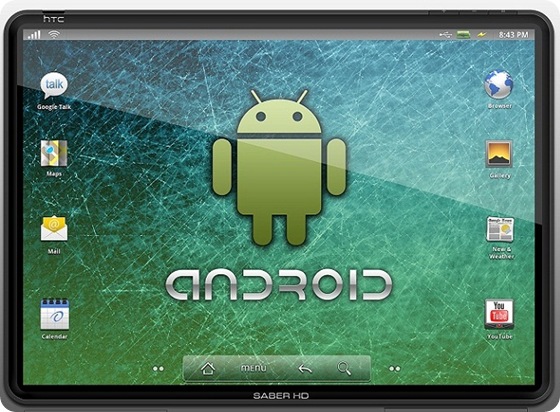 However, the demand for tablet computers has led to a saturated market. In recent years, nearly every electronics provider in the industry has developed their own version of the tablet, each with their own size, specifications, and accessories. At times, it becomes difficult to sift through the surfeit of choices available to a consumer. On the other hand, when it comes to operating systems, the choice is much simpler. Almost all tablets fall into one of two classes: the proprietary software offered on the Apple iPad, and the Google developed Android. The following are 5 reasons why an Android Tablet is the superior product:

The cost of an Android tablet is relatively cheaper than competing models. Furthermore, outside of the iPad, nearly all major tablets use some version of the Android operating system, providing a far greater selection not only in hardware but in size. Android tablets can be found in 5 inch, 7 inch, 9 inch, and 10 inch models from a panoply of providers including Dell, Samsung, Acer, Motorola, Sony and LG.
An Android tablet also provides better value than a laptop or smartphone. A tablet combines the processing power and screen size of a laptop with the weight and affordability of a smartphone.

The fact that Android is an open source software means that there are a significant number of apps you can download, many of which are free. Apps are essential to increasing the utility and function of a tablet, and giving developers the freedom to create them will help the marketplace continue to grow and expand for the foreseeable future.
Apps also provide increased customization, allowing you to organize your tablet as you see fit, as opposed to the more inflexible iOS installed on the iPad. Customized software can be installed on top of the Android software, allowing you to alter desktop themes, icons, and widgets. This is why Android is the preferred software for many tablet providers, as they allow manufacturers to add and tweak the interface to present a more marketable product.

Much of the content on the internet is flash based. This includes web pages, games, video clips and full movies. As a result, in order to fully explore the internet it is imperative that you have an operating system capable of playing flash such as Android. Since both Apple’s iOS and Linux’s webOS cannot play flash, this may result in a far more limited browsing experience.

Part of the appeal of a tablet is the ability to connect to other devices such as an HDTV. With USB, SD, and HDMI ports, you can connect your tablet to another computer or watch movies on a high definition big screen. Apple, in choosing to make their device wireless dependent, neglected the fact that many electronic devices, televisions in particular, are not equipped with internal wireless cards. Many Android tablets also offer the option to serve as a router or tethering device, sharing an internet connection between multiple devices.

Android tablets typically have replaceable batteries, whereas an iPad must be shipped back to the manufacturer to have the battery replaced by a technician. Contrary to their smartphones, Apple tablets also have notoriously poor cameras, scoring consistently worse than Android tablets in comparison.