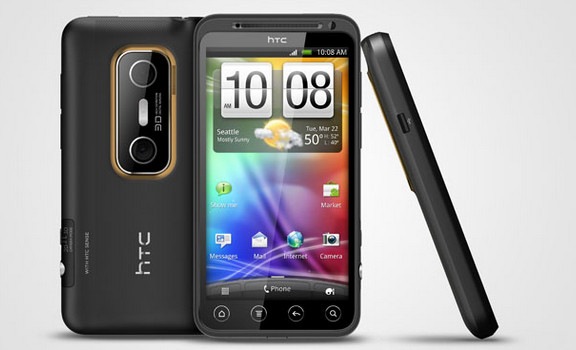 The much awaited HTC EVO 3D has just hit the market and is the first 3D Smartphone that doesn’t require special eyeglasses. HTC EVO 3D has already grabbed much attention, and many positive reviews on Amazon, and is likely to become one of the most popular gadgets this summer. HTC EVO 3D has more to it than just stunning graphics. Let’s find out what to expect from this super cool gadget.

Just to be clear, HTC EVO 3D stands out because the 3D technology it incorporates is groundbreaking – no other Smartphone out there can display 3D content without eyeglasses, take 3D shots, or record 3D video. However, there’s more to it than 3D. HTC EVO 3D also comes with plenty of other features you may expect a Smartphone to have. The most important ones include HDMI & DLNA ports, Hotspot capability, front-facing and back-facing cameras, and integrated GPS.

The gadget comes with a powerful dual-core 1.2 GHz Qualcomm processor, which handles multitasking without problems, plays video smoothly, and delivers gaming graphics which are superb. Running Android 2.3 Gingerbread, HTC EVO 3D lets you do about anything you would like to do with a Smartphone. Many Google and Android apps are pre-installed, including Google’s essential mobile services. In addition, there’s also a new feature called Voice Action that lets you perform various functions by using your voice. Since its Android, its Flash support- which means an overall high-quality web-browsing experience. 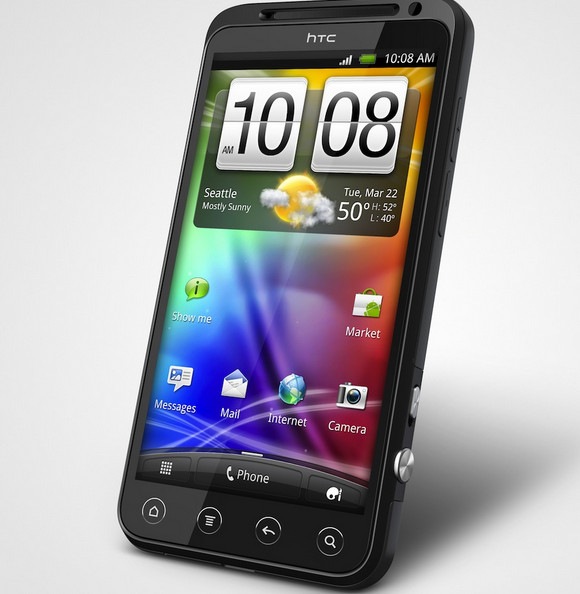 Websites look well on the 4.3-inch 3D HD multi-touch display, as do videos and games. HTC EVO 3D is all about entertainment on the go, and the display has been optimized for that – things really look impressive on it. When it comes to 3D there’s only thing that I can say– it’s a unique experience.

The HTC Sense UI with which HTC EVO 3D comes has been rightfully acclaimed. It provides a simple yet intuitive user experience and it’s enjoyable to use. Sense UI’s biggest achievement is that it provides a relatively complex user interface that is yet clear and ultimately remains accessible even for someone not used to HTC Smartphones.

However, HTC EVO 3D is not a perfect gadget. The front-facing camera that is used for video chat is not impressive, though it’s hard to find fault with this because most front-facing cameras that Smartphones come with these days are rather poor. Then there is also the shortage of memory. HTC EVO 3D comes with only 4GB of internal memory that, although sufficient for the average user, is not really enough if you really want to make the device your choice gadget for entertainment on the go. Nevertheless, HTC EVO 3D supports a memory expansion card so with a small investment the memory shortage can be addressed.

And now the price. At $199 + activation fee on Amazon, HTC EVO 3D is accessible considering what it offers. The competition has products that are slightly more expensive and that don’t come with eyeglasses-free 3D technology. Verdict? HTC EVO 3D is a hot gadget that people will talk about this summer. It’s a great toy.