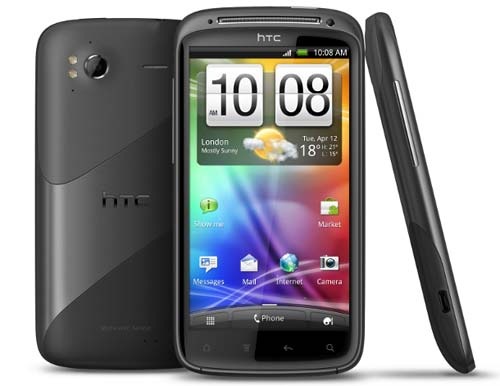 HTC released their Sensation in the hope it would follow on from the success of previous devices the company had hit the smartphone market with. HTC, which now is the top Android phone seller and has doubled its profits recently, will see their first dual core phone as the stepping stone to bigger and better things.

The Sensation is a nice looking device in the traditional HTC mould though it is maybe a little more curved around the corners than many of the previous phones. The phone has a 4.3in qHD screen with a 540×960 resolution which looks excellent indoors and just a little poor in bright light – well, relative to the Samsung Galaxy S II anyhow.

The device is aluminum, though not uni-body like many of the new HTC’s. It still feels extremely solid in your hand, though is not too slim at 11.3mm and not too light at 148g. The glass covered screen sits just slightly below the top and the picture is excellent and the phone’s ability to handle the new snazzy HTC graphics is excellent.

The dual core 1.2GHz set up is all powerful and an excellent chip that seems to have no end to its multitasking and gaming prowess and abilities. It is helped along the way by 768MB RAM. This all comes together to power the Sense 3.0 UI, which is excellent and beautiful.

Sense 3.0 is HTC’s new user interface which works alongside Android 2.3 to give a lovely experience on the phone. It’s well organised with lovely widgets to accompany it and it runs without a glitch. The browsing capabilities are wonderful and fast and look great on the hi-res display. 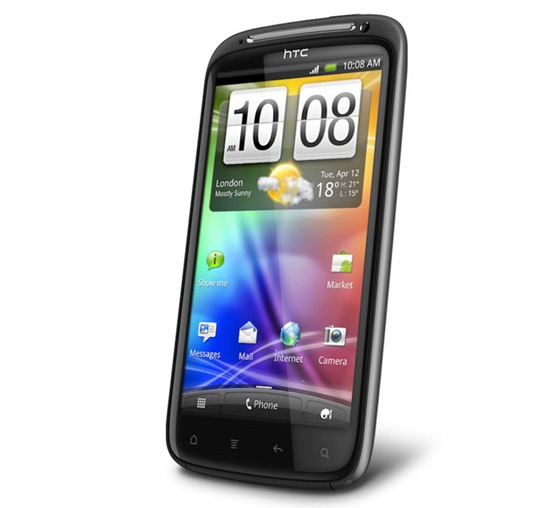 This must also be said for the device’s camera abilities. The phone has an 8 mp camera which looks great on the screen, the camera itself is one of the best produced by HTC and also has 1080p video recording capabilities. In fact, the HTC is great for showing footage – a trait helped by its screen and also the powerful processor.

HTC has decided to actually include a full on streaming app for watching movies and television on the phone – HTC Watch. You will need to find a data connection fast enough, but the Sensation itself has no problems dealing with playing video.

The HTC Sensation is overall a very good device. Its main competitor was always set to be the Galaxy S II and which is best is hard to say, but the Sensation certainly puts up a good fight.

Cormac is a guest blogger from Best Mobile Contracts, a UK based mobile comparison site.

Does the Galaxy Tab 10.1 Standup to the iPad 2?
Smart Phones for Business or Business Phone Systems? Both are Great “Calls”
Comment