Home » Technology » Security » What You need To Know About Computer Viruses

Simply gives facts on what computer virus is and how you can easily and unintentionally acquire it. You will also learn the details on how to distinguish if your computer is affected by virus and ways to protect it from these dangerous viruses. 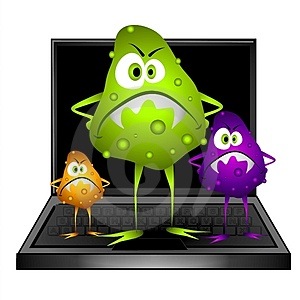 Computer viruses are potentially as debilitating for the Pc as deadly viruses are to the human body. The best way to protect yourself against these problems is to become informed about the issues that tech experts will term ‘what you need to know about computer viruses’.

Viruses tend to try to change the contents of  a file or make the file adjust itself by a kind of reprogramming. Their main source of transportation is the host. There are times however that they travel through peripheral devices such as a floppy disk, a pen drive or CD/DVDs. Another mode of transportation for computer viruses is a private network or the internet.

Pretty often we hear the names viruses and malware being used interchangeably. This is slightly misleading though. While both are potential harms or the computer the term malware refers to malicious software while a worm does not rely on a host to transport itself from system to system. Often times too, a virus is mistakenly referred to as a Trojan Horse. The distinction lies in the fact that a Trojan Horse is pretty much a wolf in sheep’s clothing. It poses as a harmless program and has the potential to inflict serious damage to the system by way of secretly hidden commands.

Signs of a Computer Virus

The infected computer system will display certain signs.One symptom of a virus infection is the system refuses to start. Some viruses cripple the start up process leaving the system unresponsive. Your system may be infected by a virus if it suddenly starts to run very slowly especially after a new software or program has been downloaded. If the system shuts down and restarts itself without being prompted to do so then this may signal a virus infection.  Documents that have been recently opened that have a double extensions are often signals that a virus has attached itself to the system. The extension is usually in the form of .jpg, .vbs, .gif, or .exe.

Other signals of virus problems include: printing difficulties,distorted menus and dialogue boxes, the speakers start to play strange music unexpectedly.

It is important to know how to protect the computer system from harmful viruses. This protection can come in a number of forms. One method of protection is using anti-virus software. Additionally you should ensure that the anti-virus is updated frequently. This will help to ensure that the system is prepared to stave of attacks from newly developed viruses.

Exercise caution on the web or on a networked system. Emails and shared documents are sometimes carriers of viruses. Scan all documents before opening them. Additionally avoid and delete email messages from strange contacts. This is especially important when there is an attachment. Emails are often vehicles for viruses, which are usually contained in the attachments.

The key to defeating viruses lies in educating yourself about them. What you need to know about computer viruses is basically that they are harmful to your system, can be transmitted in various ways and can be avoided with a few protective measures.