Home » HOW TO » 5 Steps To Great Computer Maintenance

Great computer maintenance can save you dozens or hundreds of hours of frustration down the line. The key is to fix small problems before they become big problems and to prepare for the inevitable problems all computers have. 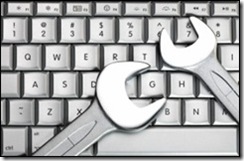 I break this rule myself sometimes—although I often come to regret it. I get a computer error, whether a “blue screen of death” or something more minor, but I don’t understand what’s wrong—so I ignore it.

But ignoring computer errors is kind of like ignoring traffic signs on the roads. Ninety-nine times out of a hundred, if you ignore a Yield sign or Reduced Speed Limit sign, nothing bad will happen. But that hundredth time you could get into an accident.

Taking the time to understand computer error messages—or to read traffic signs—can help you prevent serious problems later. This is one reason I love the Internet: all you need to do is write down the key points of the error message (or take a screenshot) and then search Google for the keywords later.

Google will direct you to forums or websites filled with information about the error message—what caused it, what its long-term effects are, and how to fix it. Armed with this information, you can quickly decide what to do about your problem.

If you’re almost religious about using anti-virus software on your computer, you can skip this section. But if you have any doubts about why you should keep paying for anti-virus updates, please keep reading.

In the olden days we had to deal with flaky hardware and frequent operating system crashes, but today the main cause of annoying computer problems are viruses and adware that deliberately mess up your computer.

Keeping viruses off of your computer is the only way you can take advantage of the improvements in modern computing. Once a virus gets on your computer, you’ll lose your speed and your stability.

Every single one of the toughest computer maintenance jobs I’ve ever had to do were some form of file recovery for people—usually family—who didn’t have backups.

Computer maintenance doesn’t get any easier than making a backup—just burn your important files to a CD or put them on a portable disk drive. For better backups, sign up for an online service like Mozy.

There’s no better computer maintenance for your computer than good backups.

My grandmother dusts her house every day. I have to admit that I’m a bit lazier than that. But I do dust one place Grandma doesn’t—I dust inside my computer.

See, one of the problems all high-performance electronics have is that they get hot. Several parts inside your computer get especially hot:

A computer clogged with dust can go from peak operating condition to unsuitable even for spare parts in less than a month.

But you can quickly fix this problem: buy a can of compressed air, open your computer case, cover your face, and blow out all the dust. In most places, you need do this only once a year, or twice a year if you have smokers in your house.

The number one complaint I hear from computer users is that their computer slows down every year. “It was so fast when I bought it, but now it takes 10 minutes just to start up.”

The problem usually isn’t hardware—hardware usually either works at 100% or works not at all. The problem isn’t Windows—Bill Gates, though possibly evil, didn’t really sabotage Windows to force you to upgrade every 3 years.

You can find the source of this problem by asking a simple question: what has changed since you first bought the computer? For most people the answer is simple: “I installed a bunch of programs.”

Each program on your computer takes up resources even when it isn’t running. If you’re like most people and you have a bunch of programs you don’t use, try this simple computer maintenance: remove the unused programs.

Just removing unused programs can bring back much of that lost computer speed you had when you first bought your computer. It’s simple but great computer maintenance.