Home » Technology » Security » How To Spot a Counterfeit Credit Card

This article covers differing card types (Visa, Mastercard, Discover, AMEX), and goes in-depth on what you need to look for in order to spot a fake. 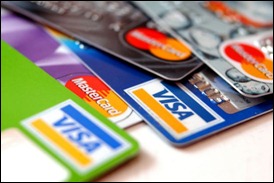 Credit cards have been growing in popularity for decades. Today, more credit, debit and gift cards are used than ever before. Due to the growing demand of these methods of payment, they are a frequent target for those who counterfeit them.

These activities from counterfeiters cost businesses millions of dollars per year. Around the world, a billion dollars is lost every year to counterfeit credit cards.

Here are a few tips on how to spot a counterfeit credit card. Of course, these tips are only useful if you look at the card rather than give it a cursory glance!

2)  All banks have a four-digit bank ID number or BIN. This number is printed below the first four embossed numbers of the credit card, and these numbers should match.

However, note that the Discover card, not being part of a bank, will not have the BIN number underneath the first four embossed numbers. The same goes for American Express. 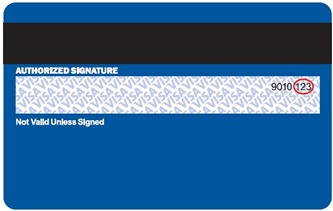 Take a look at the signature panel on the back of each credit card. If it is a Visa or a MasterCard, the card type should be printed many times on the white strip in a multi-colored text. If there are no such words, or if it is just a white strip, the card is counterfeit.

Note that debit cards with a credit card logo on them might have a different form of identification on the signature panel. For example, long strips of orange and blue may be present instead of the words MasterCard or Visa.

For American Express, the signature panel should have wavy black lines. The signature strip for the Discover card will have the word ‘Discover’ printed on it several times.

4) Take a look at the four numbers in the upper right-hand corner of the signature panel. These should match the last four numbers of the credit card itself, and the text itself should be tilted toward the left. There will also be an additional white strip to the right of those numbers, in which three numbers are printed. 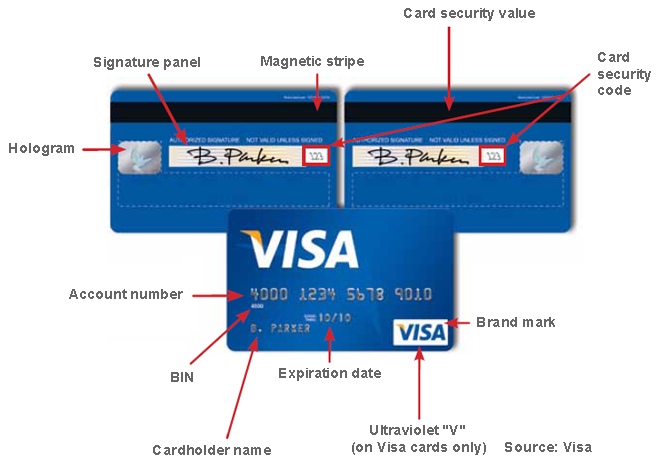 The counterfeiting of credit cards costs merchants millions of dollars a year. It also costs individuals several hundred dollars a year, as businesses include this potential loss in their pricing plans and shares the burden across their customer base.

By being extra vigilant and knowing what to look for, you can minimize the loss as well as risks from accepting counterfeit credit cards.

How To Connect Two Computers Using USB
How to Use VoIP on Your Smartphone?
Comment